Barbara: I thought I was lucky to have found the play EVITA for E month, but never expected to find two Evitas. They were both a little disappointing though. I love the song, “Don’t Cry For Me Argentina,” and the acting was quite good, but as a play it wasn’t my favorite. Especially disconcerting was the actor who played Juan Peron and looked like Ben Stiller in Zoolander. We found the second Evita at an exhibit in the Art Center of Plano. They were showcasing several female artists, including Evita Tezeno. Laura and I both liked her paintings but the exhibit itself was disappointing in that it was very small and there wasn’t any information about the artists to be found.

Laura: In its dozen short stories, American Housewife paints a sarcastic, humorous and clever picture of contemporary American housewives of either the South or those residing in New York City.  Ms. Ellis is a master at giving voice to quirkiness and since I am a big fan of quirky characters, I absolutely loved the first chapter, “What I Do All Day.” Unfortunately, it set the bar too high, because, for me, none of the subsequent stories lived up to the promise of the first. However, I liked her writing well enough to check out her earlier work: “Eating the Cheshire Cat: A Novel” (the title alone is intriguing). 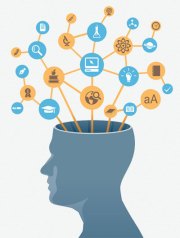 While looking up my usual one phrase origin, I came upon 2 ear related worms about which I knew nothing.

The expression I started off with, “eat crow”, came from an incident during the War of 1812 when the Americans invaded Canada. A hungry New England soldier who strayed across enemy lines had shot a crow for food when he was discovered by an unarmed British officer who managed to get hold of the American’s rifle by pretending to admire it. He then turned the weapon on the young man and forced him to eat part of the crow raw before letting him go. Therefore, when someone is humiliated we say they were forced to “eat crow”.

The other two words were EARWORM and EARMARK. I had never heard the word earworm before. According to the Merriam-Webster website, in the late 50’s the Germans applied the term to those songs that seem to crawl into your head and you can’t get them out. Since I have found that I can’t listen to the radio after 7 p.m. or the last song I hear will be in my head all night and will be the first thing in my head in the morning, I can definitely relate.

I tried to guess what the origins of earmark were. I was sure that I’d discover that centuries ago, before people started using candle wax for their seal on a document or envelope, they used the wax in their ears to stick the envelope closed. Yucky, I admit, but I was so proud of myself with coming up with what MUST be the right explanation. Alas, it came from the practice of making a cut or mark in the ear of a sheep or cow to signify ownership. I still prefer my theory.

We all know about synonyms and antonyms but what about their distant relative “eponyms”?  I was delighted to come upon this intriguing “e” word and discover that eponyms are words that are named after people. Sometimes this is a compliment or tribute to the person, while other times it’s definitely displeasing. Here are a few examples of both:

*Saxophone, after Adolphe Sax, who invented the instrument in 1846.

*Sandwich, after the Earl of Sandwich (some claim this is just fork lore)

*Boycott, after Charles Cunningham Boycott, an English estate manager who was known for his unfair rent practices and evictions in Ireland.

*Dunce, after John Duns, who back in medieval times loved wearing pointy hats, which later came to be regarded as symbols of dimwits and dopes.