I didn’t realize quite how disturbing these movies would be. I watched three of them: Thin, To The Bone and Eating: A Very Serious Comedy About Eating and Food.  I don’t profess to be an expert on eating disorders and I still don’t understand what brought some of these girls to that point, but the movies were heart wrenching. To hear someone say she wants to keep to 209 calories a day or that she wants to be thin so badly that if it takes dying to get there then so be it is extremely moving. While Thin was the most upsetting, I was also disturbed by Eating as it is a movie showing women in their 30s and up still obsessing about food. Some of things they talked about were that food was the only thing they could count on for unconditional love, that food was like an abusive lover, food is control, a silent companion. How did we go from the time period when the ideal woman’s form was more curvy and voluptuous to this point? Something to research at another time, I guess.

When I think of the topic of EUTHANASIA, immediately Dr. Jack Kevorkian comes to mind as the doctor who championed a patient’s right to die by physician-assisted suicide. However, the film “You Don’t Know Jack” clearly showed me that I definitely don’t know jack about this topic or Dr. Death, as he was commonly called. For starters, he:

*Provided the lethal drug but had the patient push or flip a device that delivered the euthanizing drugs intravenously.

*Was tried but not convicted four times for assisting suicides, but the fifth time brought about a 10- to 25-year jail sentence for second degree murder when he, not the patient, actually administered the drug to one patient. (He served 8 years.)

Driven by his belief that intentionally ending a life to relieve suffering was everyone’s right, Dr. Kevorkian took a wrong turn when he allowed his tremendous ego and disregard for the law to cloud his judgment. A lot has happened since Jack’s first injection, but Euthanasia will continue to be a hot topic, since there is nothing tepid about ending a life, no matter what viewpoint you hold.

When you are not particularly crafty or artistic, it’s a bit daunting to try out a project where your eggspectations for decent results are low. But that didn’t stop us! And, since nothing says art more than EGGS, we were set on our task. We scrambled to boil some eggs, poached a few waterproof paints and brushes from the grandkids’ toolbox and our eggceptional talent produced the eggstraordinary results pictured below. 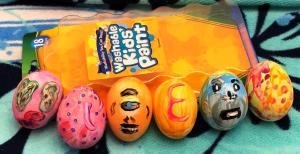 This restaurant reinforced our love for the ABC life. We never in a million years would have found it and tried Egyptian street food had we not been in E month. But we did and are so glad. The place was clean, the server was friendly and helpful, and the food absolutely delicious. We shared a dish of chicken over some great rice with a side of Egyptian falafel and also a traditional dish called Koshari, made of rice, macaroni and lentils mixed together and topped with a tomato sauce and garlic vinegar and garnished with chick peas and crispy fried onions. All we can say is YUM and we’ll be back! 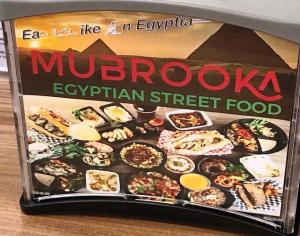 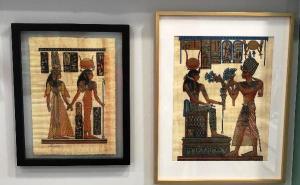