We had Qualms about finding enough Q to fill up our blog for October but we actually found lots of things to experience which would have been left uncovered had it not been for the ABC Life.  Here are our last Qualifying posts for the month.

One more Queen we need to talk about – The Queen of Katwe. We would never have thought of watching this movie as it had dropped off our radar when it left the theaters two years ago. But we were looking for another Q idea and we’re glad we found it on video. It’s a very touching true story about a young girl living in Uganda who becomes a grand master in chess. We both love movies that motivate us to have a discussion after watching; we talked about the randomness of the type of situation one is born into and how the people in your life can make such a difference in what you do with what you’re given. We definitely recommend you watch it on Netflix and let us know what you found to discuss! 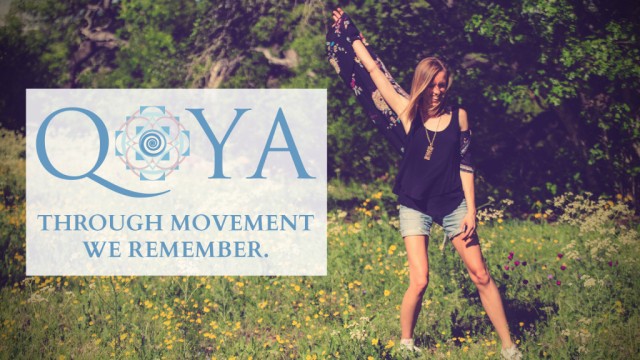 Barbara: My daughter-in-law, Linda, could easily have been born in the 60s. She is such a free spirit, one of the many things I love about her. But since she wasn’t able to be a hippy at least she lives in Austin, which is a perfect match! She’s a Life Coach and a Qoya Instructor. Perfect for Q, right? “Qoya is movement as medicine.” I describe it as a mixture of yoga and dance. Now, I have to say that Laura has been trying to get me to do yoga for years but I tend to start laughing the minute I hear an “Om” so I was a little bit leery of trying Qoya. But Laura and I gave it a whirl when Linda agreed to do a class with only us and her mom, Aila. We thoroughly enjoyed it – and there’s no way you can do it incorrectly. If you live in Austin, you should check it out at www.singingbirdhealth.com.

Laura: My Q book was a very odd memoir. As a lover and frequent user of the public library, I had high hopes for QUIET Please: Dispatches From a Public Librarian by Scott Douglas. But this book made me uncomfortable, angry and sad. It had some good points: clever use of the Dewey Decimal numbers for chapter headings, amusing footnotes and an interesting insider perspective from a young librarian. But overall I was shocked to read the nasty things the author had to say about the library, the staff and the public.  He makes outlandish observations about everything and couching his meanness in humor didn’t soften the blow of his words. When I returned the book, I couldn’t help myself – I had to ask the lady behind the desk if she had ever read this book (“no”) and if she even liked reading, since Mr. Douglas claimed most librarians did not. She put my mind at ease when she assured me that she, as well as the other staff, all loved books. But since some reviews on the internet were from librarians who admitted to sharing some of his views, I will be forever a wee bit Quamped for having read this.

Barbara: MORE QUOTATIONS. I’m an avid reader and I’m always coming across wonderful and meaningful sentences or turns of phrase that really speak to me. They’re obviously not speaking loud enough because why can’t I remember them! One of my former managers used to post a thought of the day that had quotes to think about. He may have looked them up but I’ll give him the benefit of the doubt and say that some of them he heard, remembered and wanted to share. If someone offered me $500,000 right now to rattle off two great quotes I couldn’t do it. I want more Quotations in my life. I don’t want someone to find me years from now in a sleazy bar huddled over my third whiskey muttering, “it was the best of times, it was the worst of times” – when there are so many others to mutter…if only I could remember them!

LESS QUININE. I get a lot of cramps in my legs and am always on the hunt for another home remedy for them. One day I read that Quinine did the trick so I started Quaffing down the tonic water. Not only does it not really work that well, but now I hear it’s not even good for you. All that gin and tonic gone to waste! (Not really.) So less Quinine for this gal. I’m a mustard lady from now on! (That’s a remedy that really does work and I carry mustard packets with me wherever I go.)

Laura: MORE QUESTIONS. As a kid, I was often called “the what if girl”. Yes, you guessed it – most of my questions began with “what if?” I believe the what if thinking had a direct connection to my love of reading. After all, “what if“ suggests there is more than one way to see something…more than one way to act…more than one outcome. Lately, the “what if” questions seem to have morphed into “why” questions, and that’s okay. There’s room for both. Asking questions has been part of my nature for ages, and seeking answers never gets old.

LESS QUINOA. I have nothing against Quinoa but I feel the amount of attention it gets is a bit unfair to rice. Rice has been around forever, with brown rice elevating its status in the health arena – and then quinoa, with its fancy spelling and pronunciation comes along and bumps rice down a few notches. Quinoa is everywhere and some food associations even dubbed 2013 the official year of quinoa. Its popularity is still strong and it will be popping up in unexpected places soon – like in mac and cheese! I’m hoping rice makes a sexy comeback soon and gives quinoa a little nudge.