TOO Many THINGS for T

With retirement activities, Thanksgiving and family, there were just too many things happening this month that prevented us from concentrating on “T” projects. So this month’s posting will have to be more cerebral than active.

THE One by John Marrs

Barbara usually is insistent that we not use words like “the,” “and,” “or,” “of,” etc. as the letter of the month, but in this case the “THE” is emphasized. The premise of the book is simple: a company devises a DNA test that can pick out THE One for you – your soulmate – by matching something in your DNA. While at first glance it appeared that this book would be a quick, easy and entertaining read, it soon became evident that there were a lot of possible scenarios to think about. For example, what if you were in a serious relationship and you found out someone else was your soulmate? What if you were told your soulmate was of the same sex and you were heterosexual? What if you were totally unattracted to someone who was your soulmate? A few people we know read the book at the same time and we will discuss it together, but we all definitely felt it was worth the Trouble and Time to read.

Laura: This novel has made an appearance on several Best Debut Books of 2018 lists. It’s a psychological suspense story that contains elements of mystery, creepiness and childhood secrets. It rotates back and forth between 1986 when Eddie and his friends spent their days riding around town looking for adventure and leaving messages for one another in colored chalk and the present when Eddie gets a letter that brings the past back into the limelight. When I started the book, I was pleasantly surprised that it was well written and the observations by characters rang true. But then, halfway through the book, I began to lose my enthusiasm. I felt the author tried too hard – she threw in way to many things to mix it up, there were a few “now that’s a stretch” moments and her characters weren’t the most likeable. But judging from the majority of rave reviews for this book, I suspect my little critique will not put a dent in this author’s promising career.

Barbara: For some reason I have wondered about Tasers. I’ve seen them used on TV and I know people who have them as protection so I decided to look into the background of a Taser. I discovered it was created by a NASA researcher who named it after a book featuring his childhood hero, Tom Swift. Initially – call me crazy – I thought it would be an interesting experience to see if there was a Taser demonstration somewhere offered by the police and that Laura would have to talk me off the ledge if I volunteered as a subject. I was thinking it would be a small, temporarily painful shock. But after reading about it – no way José. Those suckers are painful. I didn’t realize they sent out little barbs attached to electrodes. Next time someone in authority tells you to stop, I’d listen to them! 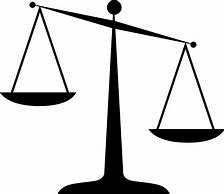 Barbara: MORE TURKEY: Am I nuts? We just spent the last two days gorging on turkey and all the fixings till my stomach felt like it would soon implode. But I go on record as wanting more Turkey in my life. Why is it each year we love eating turkey on just one day a year? Would I even consider eating pizza only one day out of 365? Of course not! 2019 will be the year of the turkey even if it means cooking and gobbling down just a turkey breast and some stuffing a couple of other times during the year.

LESS TORTILLAS: In keeping with more Turkey, I’m going to attempt a low carb diet so less tortillas, chips, bread, etc. in my life for the next few months. In essence, less of everything I love to eat. Hopefully this will lead to less of me!

Laura: MORE TREADMILLS. It’s that time of the year when most of us focus on recommitting to our “lose weight and exercise more” plans. So once again, I envision myself adding more exercise to my life. I’ve mentioned this before (perhaps even in this blog), but I freaked out when I first read the following question: “If I don’t take care of my body, where will I live?” Frightening thought – but motivating!

LESS TIPTOEING: I waste a lot of time and energy tiptoeing around things. I’m trying to be polite and noncontroversial, and while I maintain that being kind, respectful of others and not ruffling feathers is the preferred choice, sometimes you just have to say what’s on your mind without waiting for the perfect phrasing.

2 Responses to TOO Many THINGS for T